WWW.CLOUDTOKENWALLET.COM
The profile of Ronald Aai: 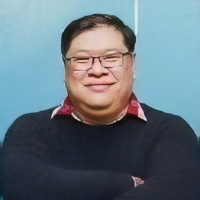 In 1977 Ronald Aai was born in Malaysia.
Five-year-old Ronald first entered computer programming under the guidance of his father.
At the age of 15, Ronald was commissioned to program one of the first versions of antivirus software for DOS. The young Ronald developed a strong interest in the Internet.
In 1996, he created an online social networking site system in just six months.
In the early days of Internet technology, he worked with the Ministry of Defense of Malaysia (MINDEF). At the same time, he led a team of dozens of Material Resource Planning (MRP) employees at Perodua, the largest automaker in Malaysia.
In early 2000, his personal passion and knowledge of mobile devices brought him back to Argentina and then back to South Korea. Stations here were Samsung, Sewon and LG.
Several years later he worked with Danish engineers on the development of Skyworks, Sagem and Wavecom chipset platforms (Research & Development).
In 2003, he was Chief Technology Officer for a major mobile phone manufacturer in Shenzhen. He was instrumental in the development of models for the mobile phone manufacturers Sony, Motorola, etc.

In 2004 he founded his own smartphone and software development company Maxitech. Maxitech has received dozens of awards for outstanding technological achievements in the US and Asia. More than 50 million users used a virtual game console platform he developed, which was then acquired by Corous360 Pte Ltd, headquartered in Singapore.

In Singapore, Ronald and his team founded a company in 2017 that initially focused on mobile technology (fintech) and later on the founding of Bit Beta Pte Ltd.
Shortly thereafter, the team was asked to develop after Monero another blockchain platform for mobile devices. Ronald and his team have developed AURAE's first Distributed Ledger Technology (DLT) to take advantage of the potential computing, networking and storage capacity of mobile devices.
The team pioneered the SWARM memory and SHOUT protocols, both of which are key technologies of the fourth-generation bit-beta system (BBS).
The Bit Beta System (BBS) is Ronald's vision for a truly decentralized mobile blockchain. Bit Beta System (BBS) is the world's only ultra-fast blockchain network designed for mobile devices (smart phones, IOT devices, etc.).

The network enables users and businesses to use asset-backed, stable currencies in real-time as a medium of exchange for global transactions, without incurring high brokerage and exchange costs.